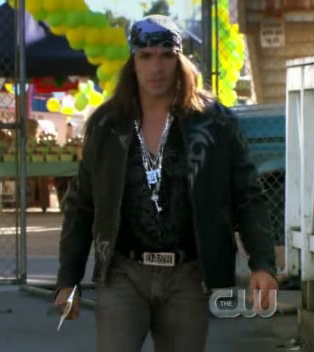 Dash Ariell, real name "Enrico Bellafiore" is a disgruntled magician who came back from the dead to kill people who don't appreciate his act. He has the power to control swords which is shown when he makes it hover and almost kill Sam and also when he invites an audience member up onstage and stabs him. Everyone thinks the man lived but a few minutes later he died of internal injury. He was hanged in life for killing an audience member with a sword and his punishment in Hell was to be impaled on his sword for all eternity

Community content is available under CC-BY-SA unless otherwise noted.
Advertisement